A large number of people have started to switch to LED lighting in the home. Not without reason, LED lights have many advantages over ordinary light bulbs. This lamp has a long service life, is more economical in electricity, and is more environmentally friendly. When used for 4 hours a day, a good quality LED lamp can last up to 20 years.

However, it is not significant that all the LED lights in the home cannot be turned off. There is more than one thing that will cause an LED light to fail in more than a month.

For example, such as a very narrow room, the electric power flowing through the lamp is very large, or because you often turn the lights off and on.

If the LED lights in the living room are badly damaged, please do not rush to throw them away.
Not only because LED lights are pretty expensive, it turns out there’s a clever trick to make a completely off light turn on again.

By using this trick, you do not have to fork out again, or even be able to repair lamps that have been stored because they are damaged.

1. How to fix a completely dead LED light without any symptoms 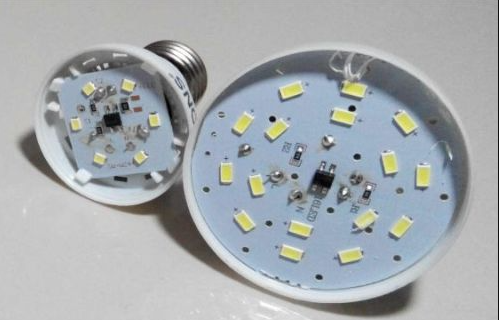 1. Open the housing of the LED light by rotating it2. Prepare a multitester avometer, welding elements and tweezers

4. Mark the micro LED that is not on 5. If the Avometer multitester is not available, you can see the black dots burned on the micro LED6. If there is a black dot, it means the micro LED is broken. 7. Date on the outside of the LED

8. Place the LED component on the solder element, along with the micro LED position marked (or singed) directly above it.

9. Remove the broken micro LED with tweezers10. After removing the micro LED, join the positive and negative positions with a soldering iron. This serves as a pathway to light other micro LEDs11. Replace the outer component in the lamp body12. The LED light will turn on again. How to repair a dead LED lamp, the general implication of elco (electrolyte capacitor) is not good
Have you performed the steps above, but the light still won’t come on? May be available failure against elco or bulging of electrolytic capacitor. Do this step if that is the trigger.

1. Open the outside and check if there is light inside.
2. Test elco damage using an avometer multitester
3. Connect the positive negative pole of the avometer to the positive negative pole of the elco
4. If the avmeter does not show the number of kilohms, it means that the Elco needs to be replaced
5. If the elco does not work well, please replace it with a new elco of the same size and value
6. Reinstall the Elco according to the position of the posts.
7. The LED lights in the residence will turn on again!

3. How to fix a broken LED light jeglek when it turns on

Many times when we want to turn on the lights, the electricity in the house goes out.

If that happens because of the Led lights, the way to fix it is by replacing the diode bridge.

Diode bridge is a component for converting direct alternating current to direct current.

4. The light is dim because the battery of the LED light is exhausted

When this happens, the cause of the dim LED lights turning off is due to a depleted battery.
The thing to check is the battery part.

Dry batteries with a voltage of 6-12 volts DC are generally used as batteries for LED lights.

Perform the following steps if the battery runs out of lights:

– Measure the battery voltage after charging the battery
– If the voltage is not stable when the lamp is on, it means that the battery power is exhausted
– Replace the battery with a new one if this happens.

5. Only part of the LED light is off

When the LED lights are completely off, it may turn out that only one light is off.

To repair a broken lamp like this one, do the following:

One of the main causes of dim LED lights is a faulty diode bridge or resistor damage.

If the cause is a damaged bridge diode, you will inevitably need to replace the LED lights.

But if the cause is available against resistance, you can fix it at home.

So, 6 ways to fix Led lights, both damaged and completely dead.