yourThe Ukraine war has sparked popular speculation: what if China seizes the opportunity to launch a similar invasion to seize Taiwan. Now is arguably the best time for Beijing to lay claim to the island located just 100 miles away, while the US attention is on Europe, because military experts generally agreed the US cannot fight two wars at the same time.

Of course Ukraine is not Taiwan and Russia is not China. Unless Taipei is foolish enough to officially declare independence, Beijing has no plans to invade the island, at least not now. But that hasn’t stopped the US from goading Taiwan under the illusion that the US will come to its defense militarily, while at the same time provoking China with arms sales and official visits to Taiwan.

As far as the United States is concerned, both Ukraine and Taiwan are its proxies to fight Russia and China. It doesn’t care about deaths as a result of new wars in Europe or Asia because America is thousands of miles away. However, the economic impact of the ongoing Ukraine war on the US, including globally, has raised questions in Washington about the miscalculation of Russian resilience. 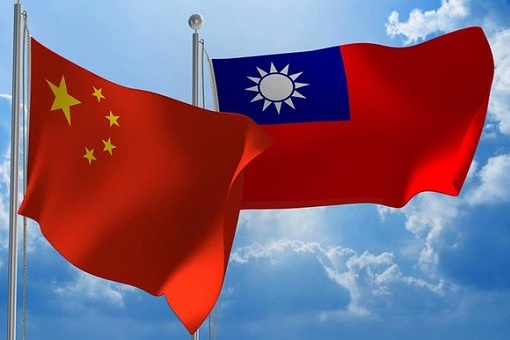 Clearly, the United States has spectacularly failed in its plan to use Ukraine to bring Russia to its knees. Therefore, the very game plan of using Taiwan to suppress China’s rising power will also fail. Russia is not China. Russia’s GDP is only US$1.48 trillion, while China’s GDP is US$14.7 trillion (2020). China’s economy is about 10 times larger.

If sanctions on Russia could trigger inflation like we see today, imagine the kinds of impacts on the world if the same sanctions are imposed on China. While Russia’s powerful weapon has been oil and gas, China’s lethal weapon is its supply chains. Trump’s “trade war” with China fails because the China’s economic resilience is based on the strength of its manufacturing sector.

There was a reason Trump agreed to exclude Apple when his administration imposed tariffs on Chinese imports. Tim Cook managed to convince Trump that Apple was so vulnerable in the trade war that iPhones would be dead long before US tariffs could hurt the Chinese economy. The radical strategy to remove China from the center of the global supply chain simply won’t work. 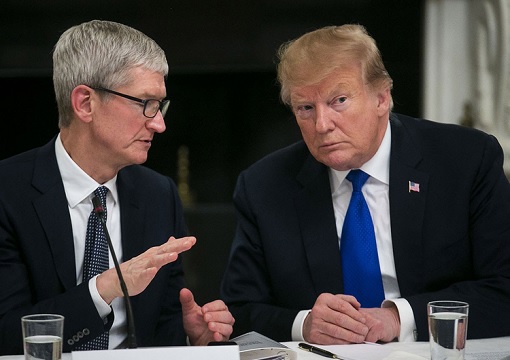 In December 2021, the portal “The Information” revealed how Tim Cook made a secret deal with Beijing. The 5-Year Deal: Amazingly Worth It US$275 billion – was Apple’s promise to help develop China’s economy and technological prowess through investments, trade deals and worker training. Cook made the promise when he personally visited China in 2016.

Apple executives were apparently struggling to salvage the company’s relationship with Beijing, which believed the US company was not contributing enough to the local economy. Surprisingly, the promise to spend US$275 billion was four times more than the US$68.3 billion in revenue Apple earned in China in 2021, when the company regained the No. 1 spot in the country for the first time in six years.

The US technology multinational was so concerned about the Chinese market that Cook “personally held down officials” in China for threats against Apple Pay, iCloud and the App Store, so much so that Apple willingly invested $1 billion in Didi Chuxing to pacify Beijing. Cook even brought Apple chief operating officer Jeff Williams and government affairs chief Lisa Jackson to meet with top Chinese government officials. 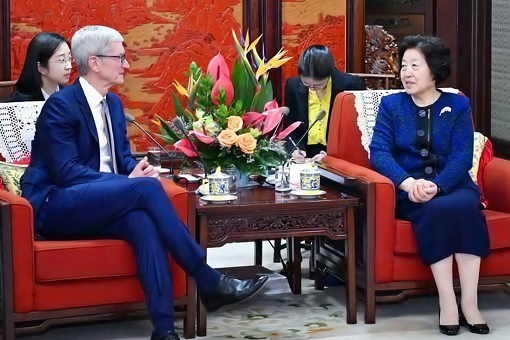 some apple investment in China it would go towards the construction of new retail stores, research and development centers and renewable energy projects. Apple has also promised to use more components from Chinese suppliers in its devices, sign deals with Chinese software companies, collaborate on technology with Chinese universities, and invest directly in Chinese tech companies.

On April 1, 2022, US Senator Marco Rubio of Florida published a letter he wrote to Tim Cook, complaining how Apple’s decision to buy NAND chips from Chinese chipmaker Yangtze Memory Technologies Co. (YMTC) would threaten US national security Rubio argued that YMTC is linked to the Chinese Communist Party (CCP) and the People’s Liberation Army (PLA).

But politicians like Rubio conveniently ignore the fact that even Samsung, the world’s largest NAND flash memory maker with a 30% market share, produces it in China. The same goes for the US producer Micron Technology. When Intel sold its NAND and SSD business to SK Hynix for $9 billion, the South Korean chipmaker had to get “approval” of the Chinese antitrust authority for the merger. 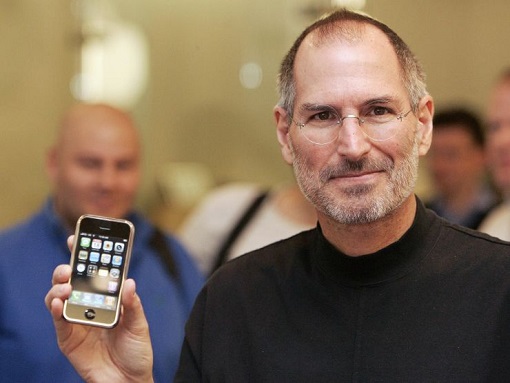 According to Apple’s supplier list, at least half of the Top 200 providers are located in areas of China. These include not only high-profile companies responsible for the final assembly of Apple products (Pegatron, Quanta, and Compal), but also suppliers of critical components. Therefore, the Covid-19 lockdown in China has a great impact on the production of iPhone, iPad, iPod, Mac and Apple Watch.

Read More :   Link Viral video of the girl in the henrique and julian show twitter

It is estimated that 90% of Apple products are assembled in China by Taiwan’s Hon Hai Precision Industry (Foxconn) and other contract manufacturers. However, while Apple generated an operation 29.8% margin, Hon Hai gets just 2.5%. Essentially, Apple is profiting hugely from its outsourced supply chain and assembly operations in China.

Despite the fact that Apple decided this month to move some iPad production from China to Vietnam after the strict Covid lockdown, it would be foolish to think that such a move is proof that Western companies can stop relying on China to make materials. . Apple’s supplier list also shows that 7 of the 21 Vietnam-based suppliers are actually Chinese owned. 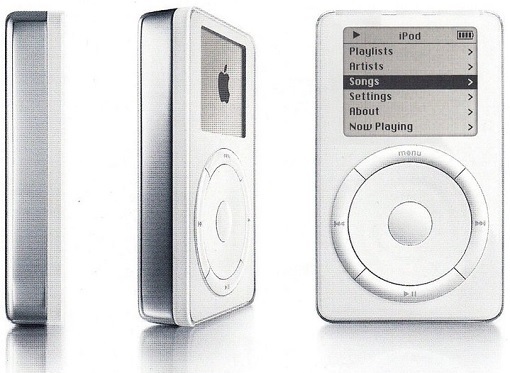 Still, why can’t a company like Apple shift everything to other countries like India or South America? After all, wages for Chinese workers are no longer cheap. The reason is simple: China has the most extensive and sophisticated electronics manufacturing infrastructure in the world, as well as the largest group of talent. This is also why jobs cannot be taken home, as Donald Trump wishes.

Cook once revealed during an interview: “Let me be clear. China put a huge focus on manufacturing, on what you and I would call vocational-type skills. Over time, the US began to stop having as many vocational-type skills. I mean you could take every tool and die maker in the United States and probably put them in the room that we’re currently sitting in. In China you would have to have multiple football fields.”

Tool and die makers build and operate tools used in manufacturing. There are about 60,529 “Tool and Die Makers” currently employed in the US. Unfortunately, American tool and die makers are in the wrong industries such as automobiles or machinery, not electronics. Chinese skills in electronic productions cannot be transferred to the United States because such an infrastructure did not exist in the United States from the beginning. 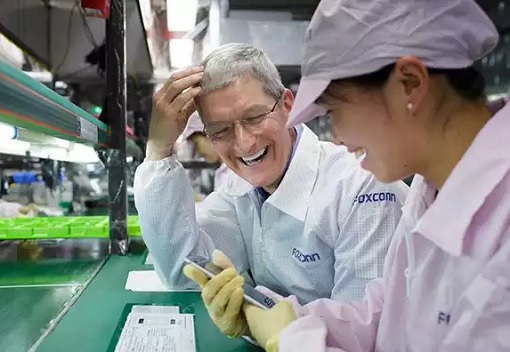 Foxconn alone has 1 million workers in China, who make most of Apple’s products. But even the Taiwanese giant cannot close down and move to another country because the availability of such skill sets is closely tied to the education system in China. Imagine massive Chinese workers were being custom made to make iPhone, iPad, iPod, Mac and Apple Watch.

Read More :   Exhibition]In La Villette, the thousand and one evolutions of the industry

The problem is quite similar to that of Taiwan Semiconductor Manufacturing Company (TSMC), the world’s largest foundry by market share (56%), which has committed to investing $100 billion over the next three years to expand its production capacity. chip manufacturing. However, TSMC’s plan to invest $12 billion to build and operate a 5-nanometer semiconductor factory north of Phoenix, Arizona, has bottomed out. obstacle.

Taiwanese chipmaker faces a problem hiring American workers. Not only would the cost of producing chips in the US be 50% higher than in Taiwan, but college graduates in the US would rather work with Intel than TSMC. To make matters worse, not many Americans wanted to get into the chip manufacturing sector, exactly the problem Tim Cook highlighted.

At the same time, Taiwan’s chipmaking prowess is another reason the US should think twice about provoking another war between China and Taiwan. While some analysts have suggested that Taiwan should adopt a “scorched earth policy”, it threatens destroy its own TSMC crown jewel if China invades the island: It could create a serious global chip crisis if Beijing pre-emptively invades Taiwan.

The United States would be forced to sanction China if Beijing decides to invade Taiwan. That would not only destroy Apple’s core supply chain, but also 2.4 million jobs in the US that created the tech giant. Yes, while 90% of Apple products are assembled in China, around 80% of the 30 million iOS developers and employees are outside of China. But that is not all.

Praising some 5 million Chinese software developers working on Apple’s mobile operating system, Apple CEO Tim Cook said during the Apple Worldwide Developers Conference (WWDC) this month: “chinese developers I have always been at the forefront, and I think it will continue to grow. I can’t wait to see what you’re going to do next.” 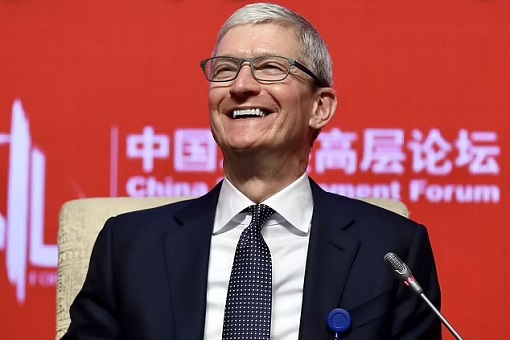 Apple’s $275 billion investment in China could be interpreted as a vote of confidence that it will stay there permanently. The massive investment could also be interpreted as a deliberate move to prevent the US from hastily starting a war with China. Tim Cook basically warned that the economic destruction it will be too big for the United States to go to war with China, as Joe Biden is now facing.

Other Articles That May Interest You…