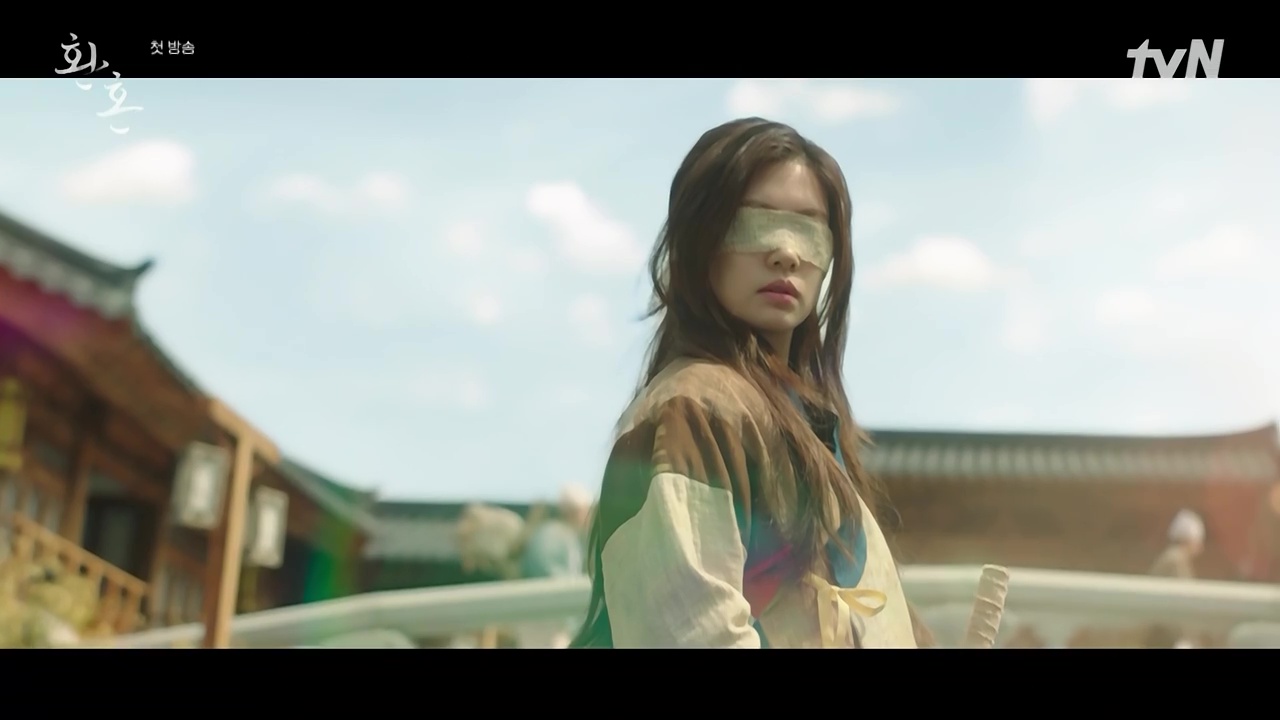 Alchemy Jiwa it is a fantasy of dramatic historical sense as one would expect from the Hong sisters. Body-swapping crimes compete with high-stakes magical duels, resulting in a promising first episode. However, her true strength depends on the lovely assassin protagonist and her quest to survive in a new, weaker body. 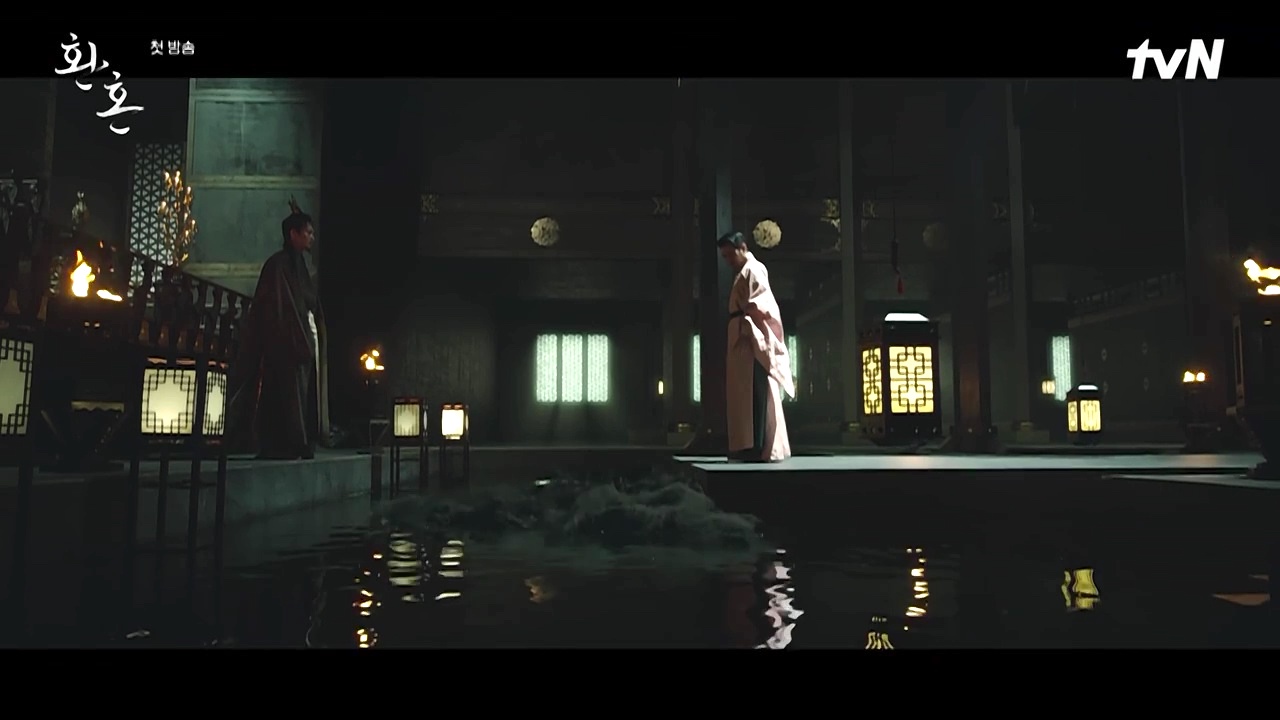 We begin, like all good fantasy, with a cryptic prologue, meeting the witch (Joo Sang-wook) who practiced the forbidden art of soul transfer: transferring one soul to another. This is morally dubious magic: the soul can collide with its host’s body, causing it to lose energy and attack other living things, while gradually turning to stone.

Our witch has been summoned by her king (Park Byung-eun). Things got tense because the king was seriously ill and he couldn’t bear the thought of dying without an heir. Just a week, he said. Let me swap body/soul with you for a week.

This doesn’t look suspicious at all. So, holding a mysterious crystal ball, in an impressive CGI theatrical display (seriously, the visuals in this show are unbelievably bombastic), the wizard casts the spell on him.

It turns out that the king had his own agenda (who would have thought?): to seduce a witch’s wife in the hope that she would give birth to a child. (Side note: I don’t like the way sexual deception is so casually used to fabricate the drama, but we’ll see if that is explored in a later episode.) 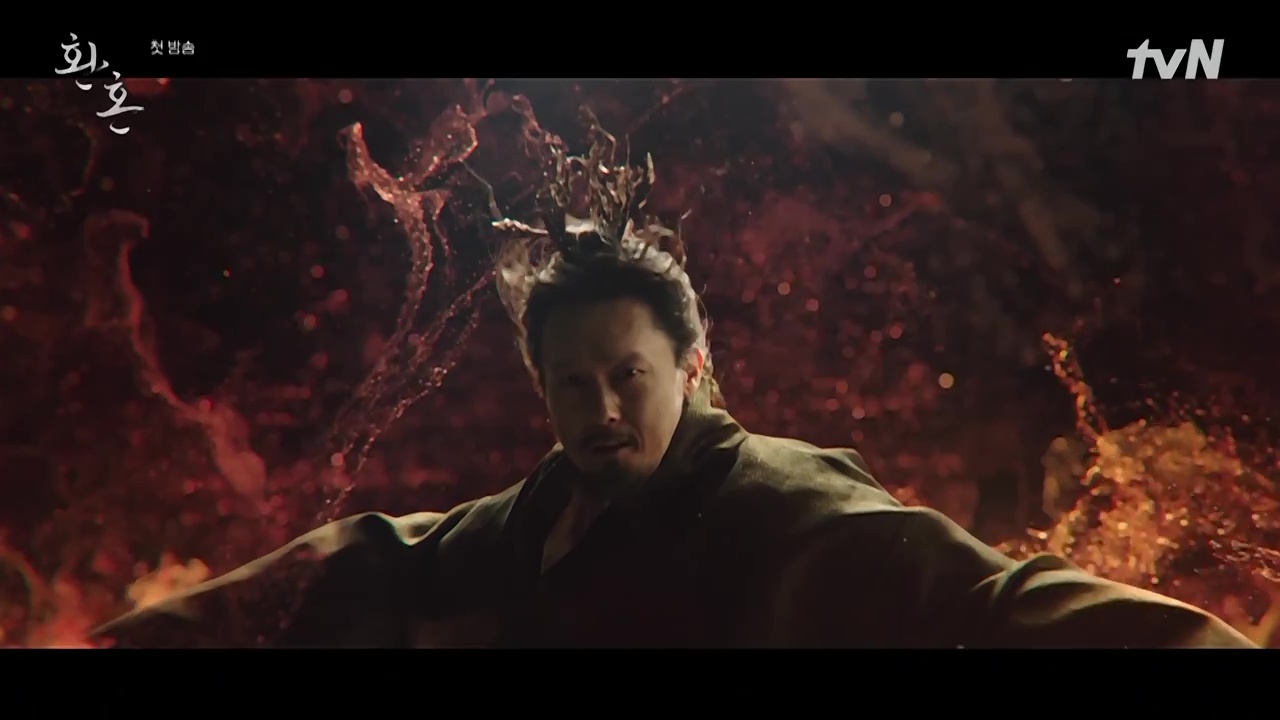 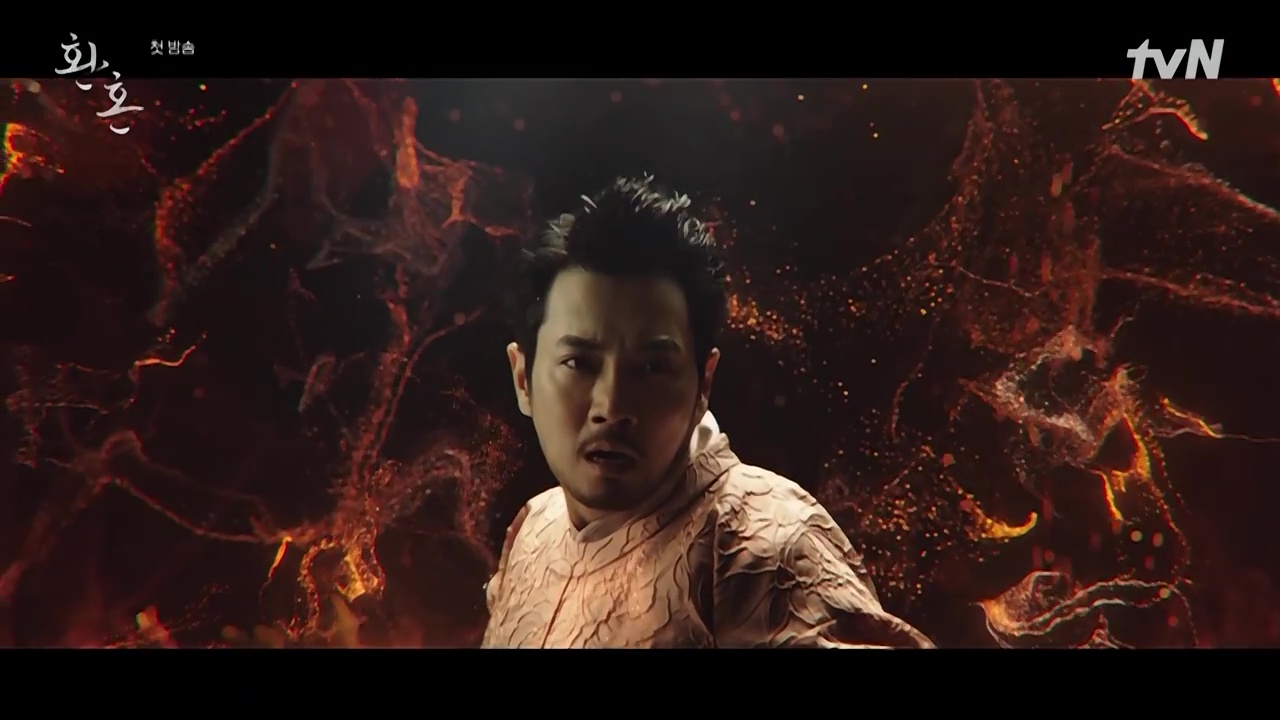 Alchemy Jiwa set in the fictional kingdom of Daeho. Long ago, energy from heaven collided with earth to create the magically supercharged Gyeongcheondaeho Lake where Daeho was built. Witches are people with the power to use the energy of the lake; one of the deadliest is our heroine, master assassin NAKSU (Go Yoon-jung – for now).

Twenty years after the flashback, Naksu has clashed with Daeho’s superiors, perhaps due to his awkward habit of killing multiple people. Now, he is facing PARK JIN (Yoo Joon-sang) – the chief of Songrim, the most powerful organization in the land – as well as Mook’s army, which he promptly struck down with his sword. On the frozen lake, he fights for his life, not without taking the time to sarcastically explain that his name comes from the sound of a head hitting the ground. How stupid! 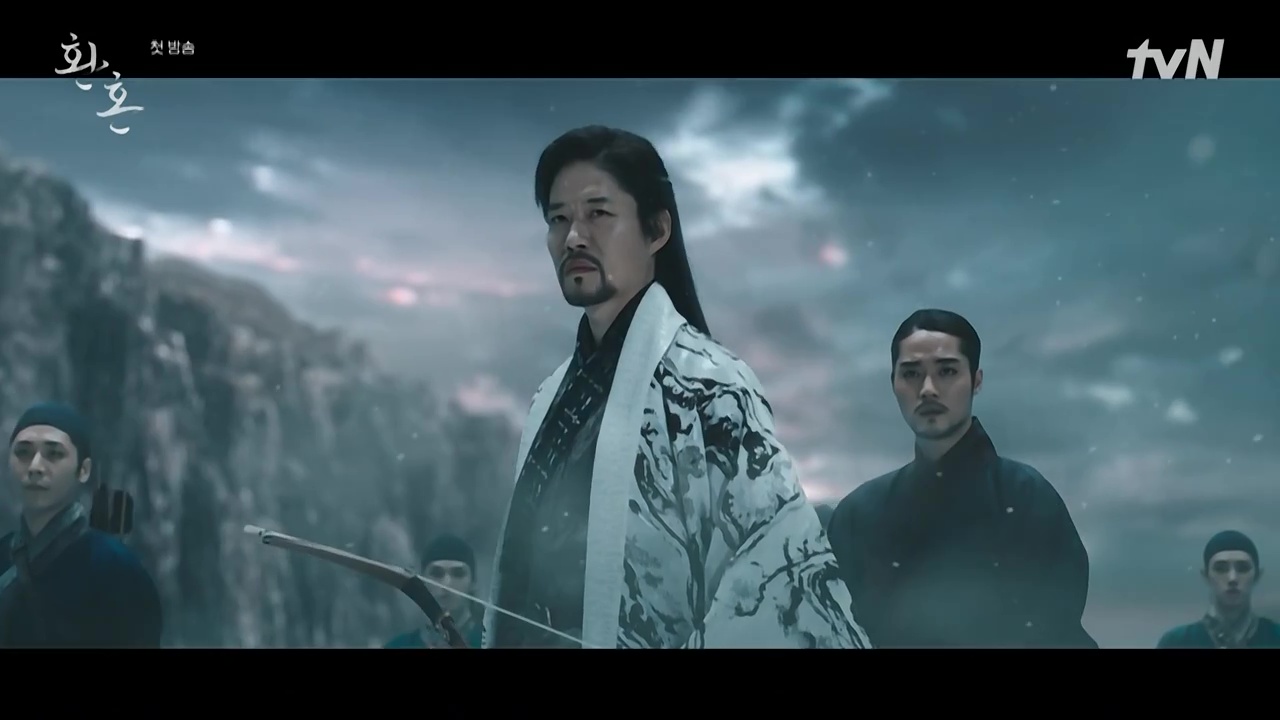 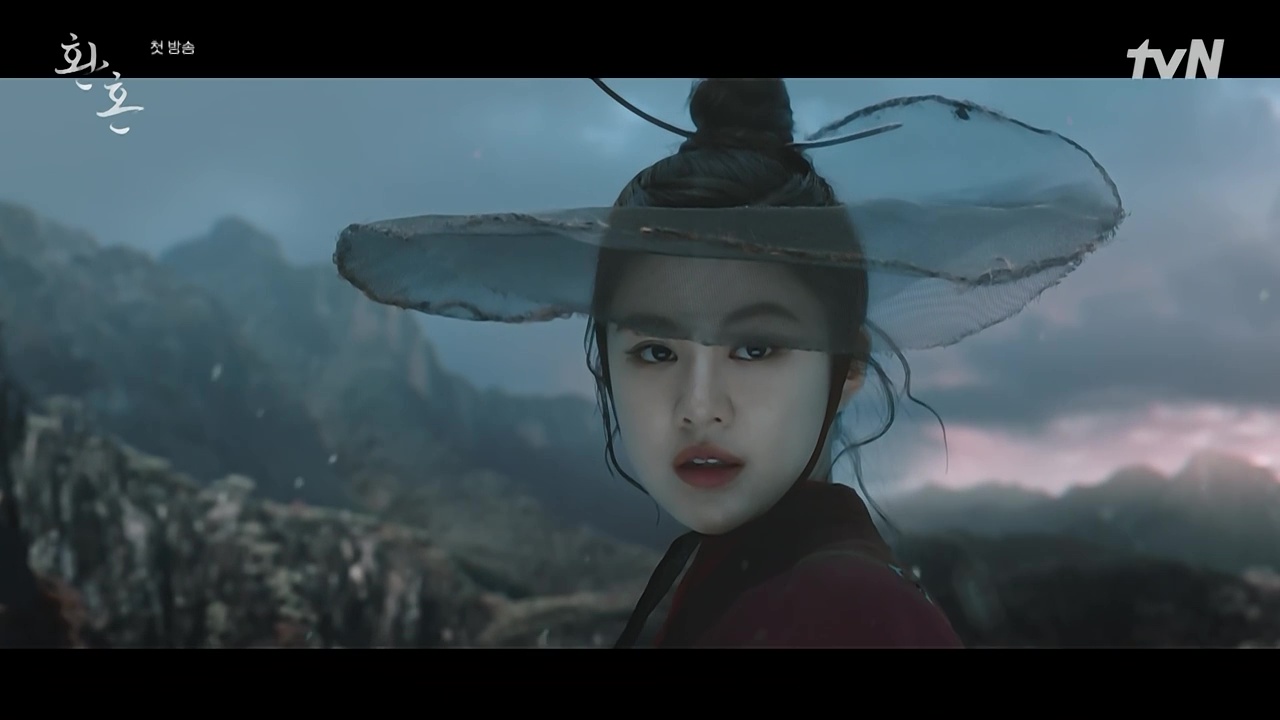 Despite his skill, he was injured by a well-aimed arrow from Park Jin. On the run, with a hot enemy hot on his heels, he has a desperate way of surviving. Grabbing the first woman he saw on the streets of Daeho, he opened his arms to reveal a crystal orb that, you guessed it! He — used to send his soul to another body, letting his current body collapse like a corpse on the ground.

Unfortunately, Jin is wise to his trick: when he finds her body, he sees a blue mark indicating that her soul has left the building. However, when they searched for another woman they found at the scene, there was no sign of a match. Park Jin, concluding that the soul transfer must not have worked, combined body and sword to return to Songrim. 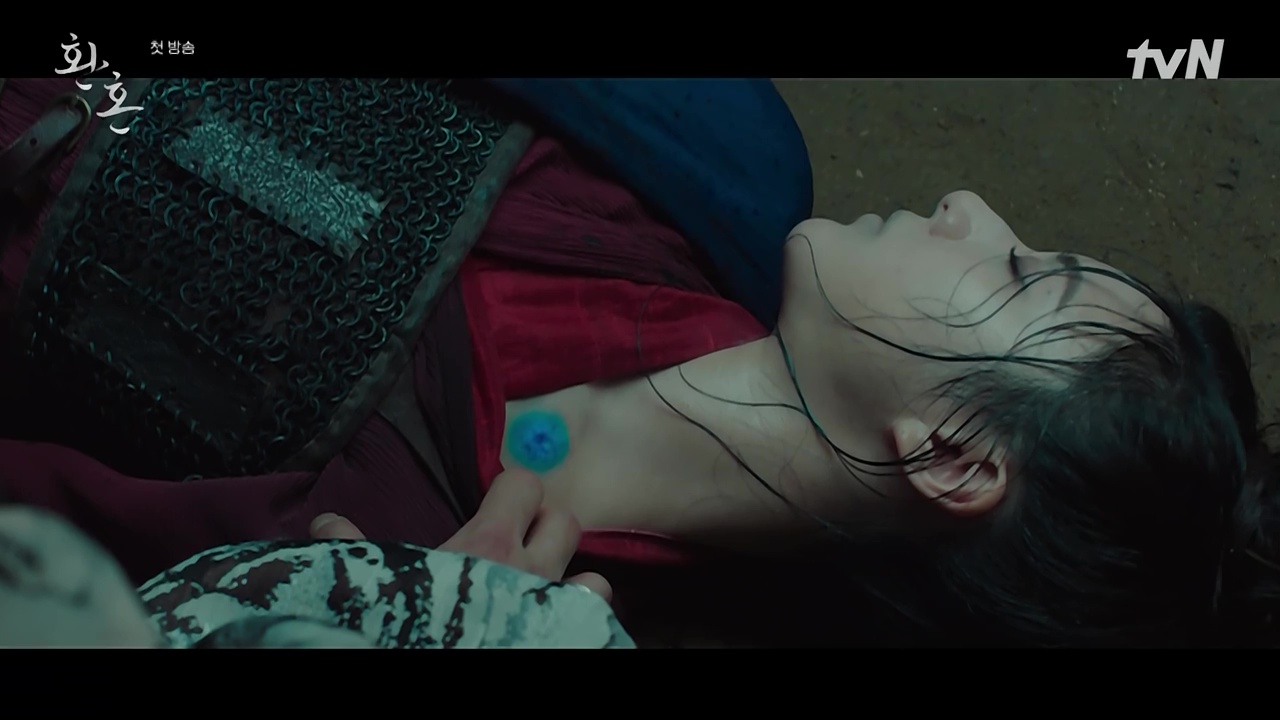 As Jin and his followers inspect Naksu’s body, we meet SEO YUL (min Hyun), a baby-faced nobleman who noticed the bird-shaped whistle in his pocket. This definitely sets the tone, as he has sad memories of a girl he used to know, a girl he gave the whistle to. (Our killer remembers him too, later on, but he has bigger problems than his long lost first love.)

We also meet Jin’s heir, PARK DANG-GU (Yoo In-soo), a casual party animal who would rather lounge in a Daeho bar than give up and learn magic. She mourns the loss of her friend JANG WOOK (Lee Jae-wook), who have been assigned to do the latter. 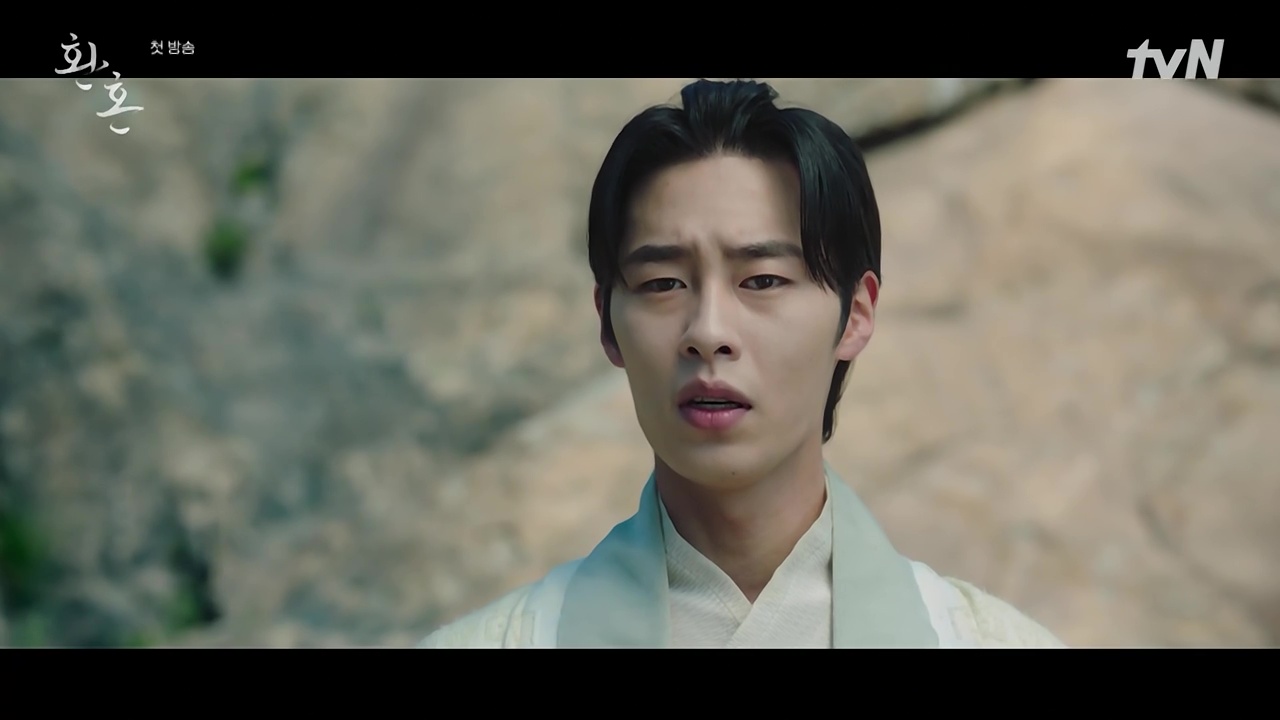 Time to meet our male lead! Jang Wook is a cool customer and right now he has a bone to pick with a monk. He had patiently perfected his theory of magic, but his future master would not teach him a single spell!

Intervening, Wook threatens that if the man doesn’t teach him properly, he will withdraw some of the funds promised by his benefactor Jin. As the monk bullies Wook’s shameful parents, we learn that he is an illegitimate son whose father abandoned him. Hmm… sounds fishy regarding the prologue.

After all, Wook won’t put up with this slander: on the contrary, he’ll find a better teacher! Someone strong! Yes, he will show himself! 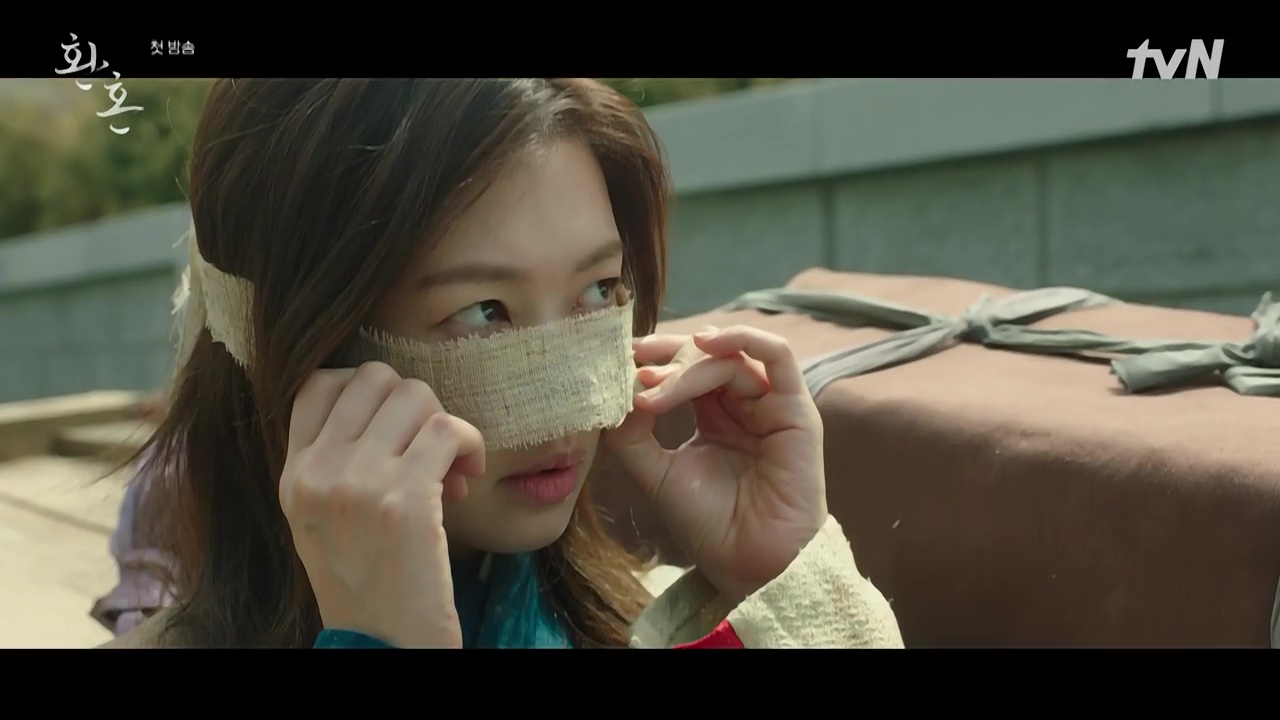 Cut to Naksu. Except he’s not Naksu anymore. Instead, he is MU-DEOK (young so-min), a once-blind girl with all the power of wet noodles, an endless source of affliction for her body’s new inhabitants.

Things turn slapstick as Mu-deok tries to pull off all the killing techniques and death-defying acts of power that had previously come naturally to him, only to fall again and again.

It’s a bit jarring compared to the previous somber mood, but Jung So-min really sells it: her desperate gaze is reminiscent of a cat with disheveled fur, and it’s easy to find her charming as she searches for meat to calm her growl and anxiety. stomach kills when a passerby makes him drop his chicken skewer. 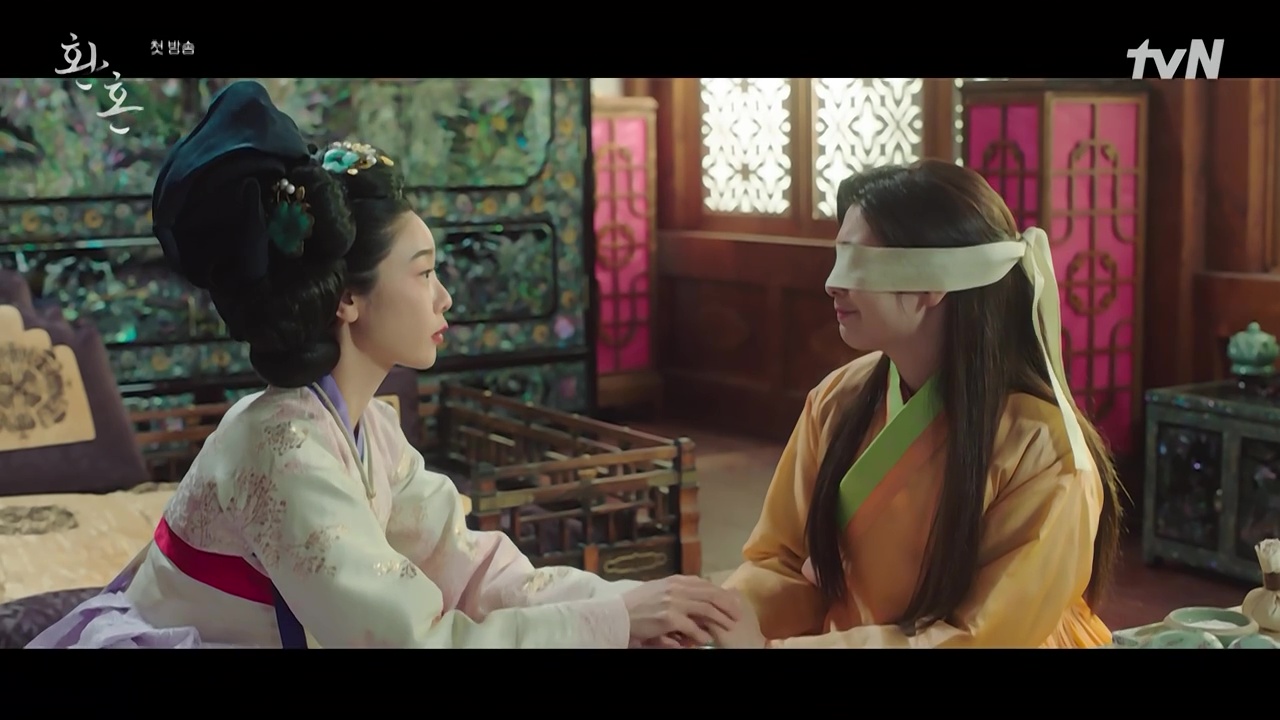 Mu-deok is still in danger: he has to escape from the gisaeng house that was sold by its previous owner. Here, our tracks finally collide. Wook is searching for the notorious assassin Naksu, who, if he survives, may be the only person brave enough to break the seal his father placed on his magical abilities. Because yes, it turns out that there is much more to the monk than he seems at first glance: no one would dare to go against the will of his father and teach him to write.

In one of the episode’s funniest scenes, a fugitive Mu-deok threatens Wook with the first weapon in his hand: crab legs from a nearby food tray. Wook, so undaunted by a crustacean stabbing a man, simply comments that Mu-deok has beautiful eyes. 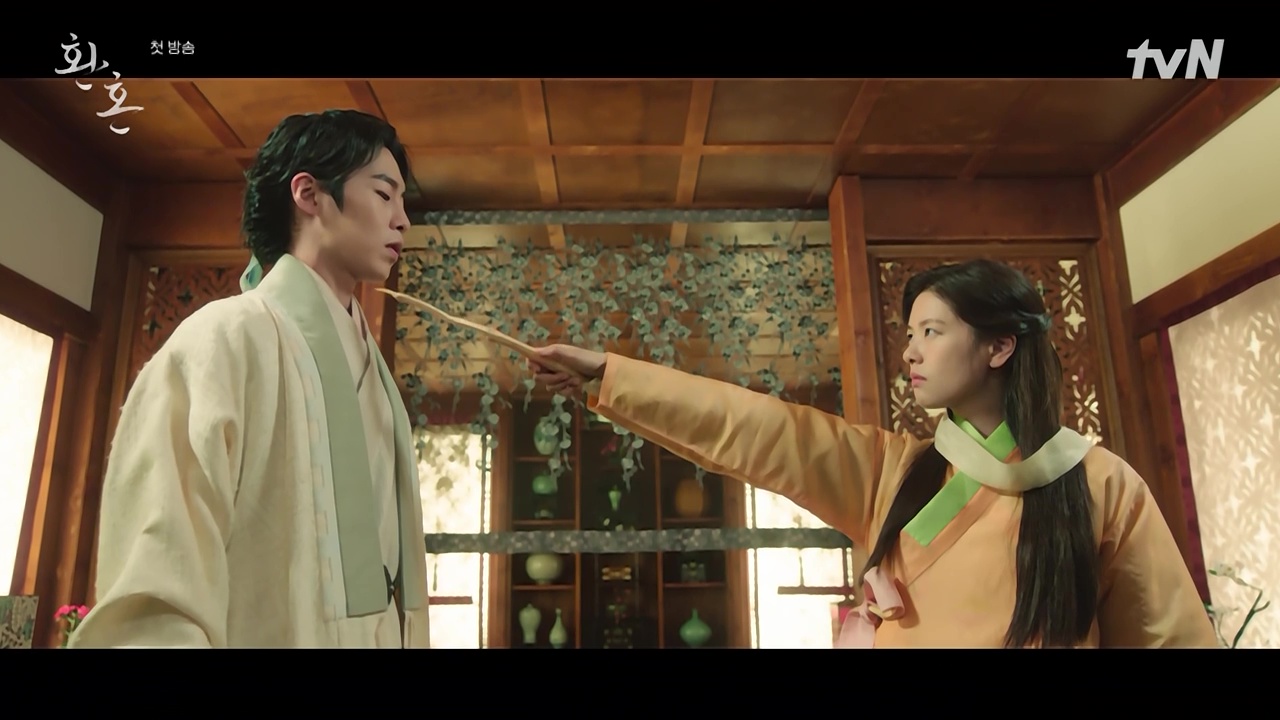 Even though Mu-deok manages to fall out the window before Wook can do something mean like congratulate him again (the reproachful look he sent her after she grabbed his wallet made me burst out laughing), they catch him. quickly. After a quick blow to the head, he wakes up at Jang’s residence: Wook had saved him, bought him from the gisaeng’s house.

Here, things get fun. Wook clearly realizes that Mu-deok is not who he says he is. Instead of confronting him, however, the plan was to make him drink some water for his bath, then complain that it was too hot, only to complain that it was too cold when he adjusted it, indefinitely until he snapped and became violent. . It wasn’t a terrible plan. He vividly fantasized about killing her. However, with no magical abilities to speak of, all he could do was smile (unconvincingly) and bear it. 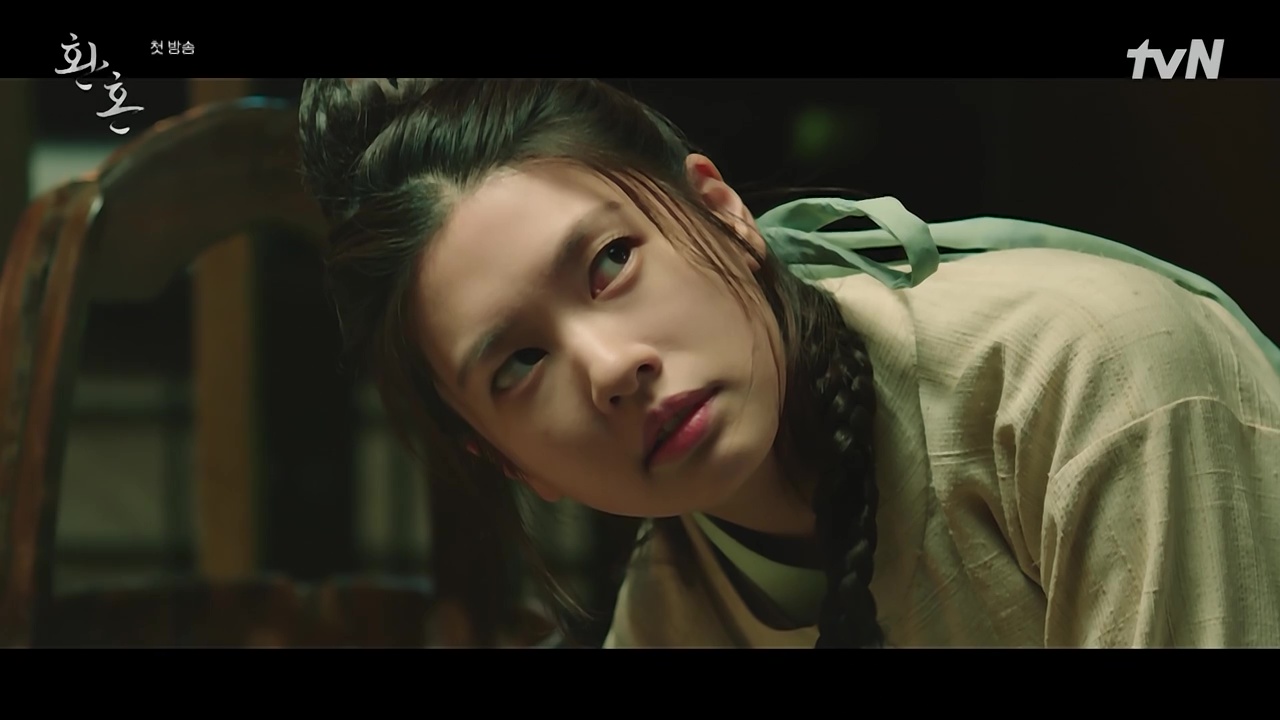 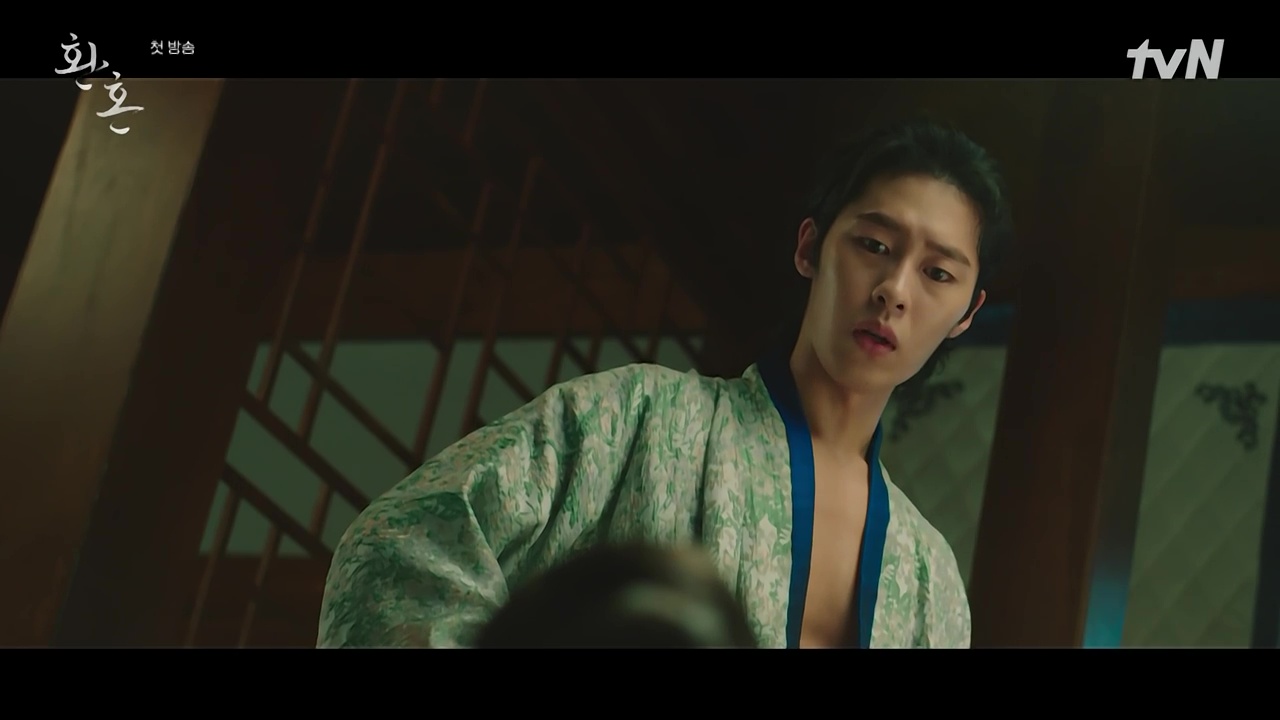 Uncomfortable misadventures abound. When Wook finds Mu-deok, who was trying to steal his gate pass, hiding under the covers, he dryly comments that this was not what he had in mind when he brought him here. The reason for his haste was that he was trying to warm his bed, to which he replied that, if so, he would have to warm his bed all night…with this brazier here, where he could fan the heat. fire.

His toneless delivery, coupled with Mu-deok’s empty disdain for satire, creates a ruckus, and while Wook’s attempts to poke fun at Mu-deok are a bit awkward, it’s clear that his only goal is to calm him down. which reveals that he is a murderer. .

The chemistry between them is so awkward, and i’m here for that. Mu-deok’s certainty that he didn’t believe that Wook had somehow fallen in love with her, coupled with the fact that Wook didn’t understand why this ruthless killer was being so polite, hits the comedy sweet spot. The characters get confused with each other, but the actors know exactly what they are doing. It has tremendous potential: in the end there will be sparks, but right now they are very worried about each other’s existence. 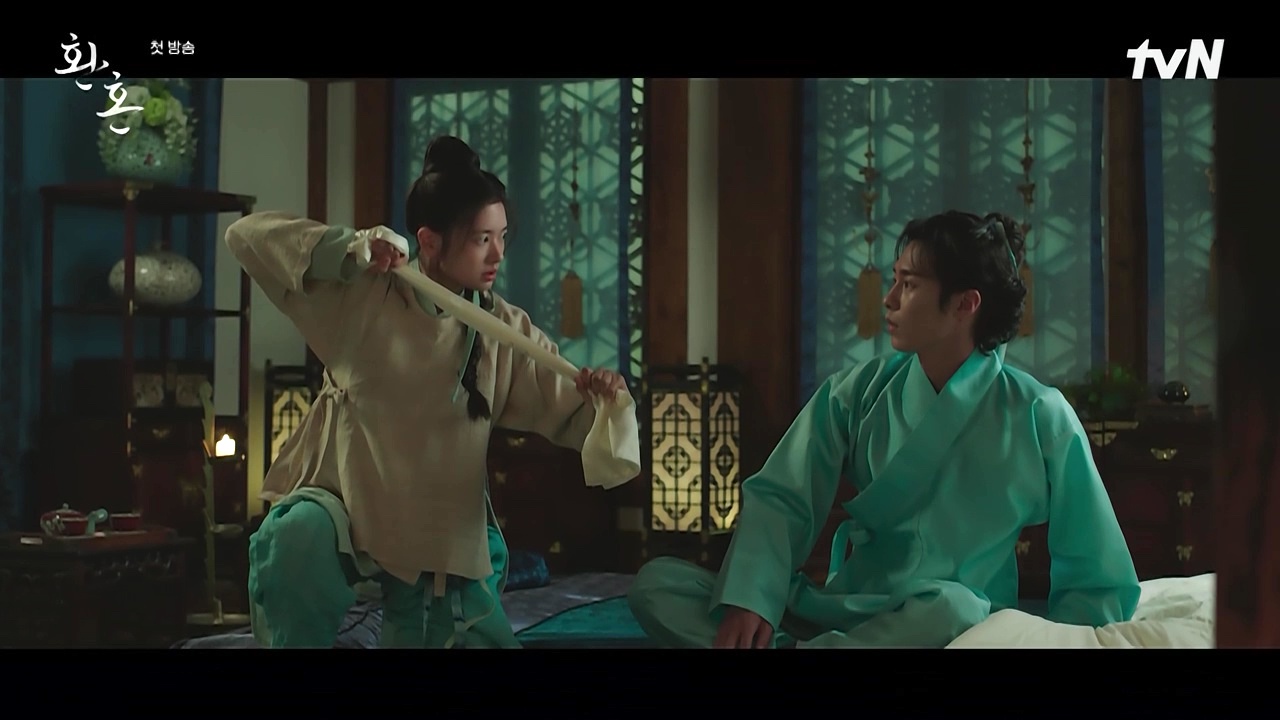 As Wook pretends to be asleep, Mu-deok steals his card to escape. However, he did not get very far. A mysterious hooded figure, apparently related to the person who hired Mu-deok, has set fire to the Songrim building, and in the ensuing chaos, Mu-deok is nearly caught again. She is saved by Wook, who takes her to safety.

He asks why is she here. Because, she said, from her eyes. In the moonlight, they glowed as blue as the marks left on Naksu’s body. Mu-deok has seen who she is: Naksu’s soul in a new body. And Wook is determined to be the teacher. 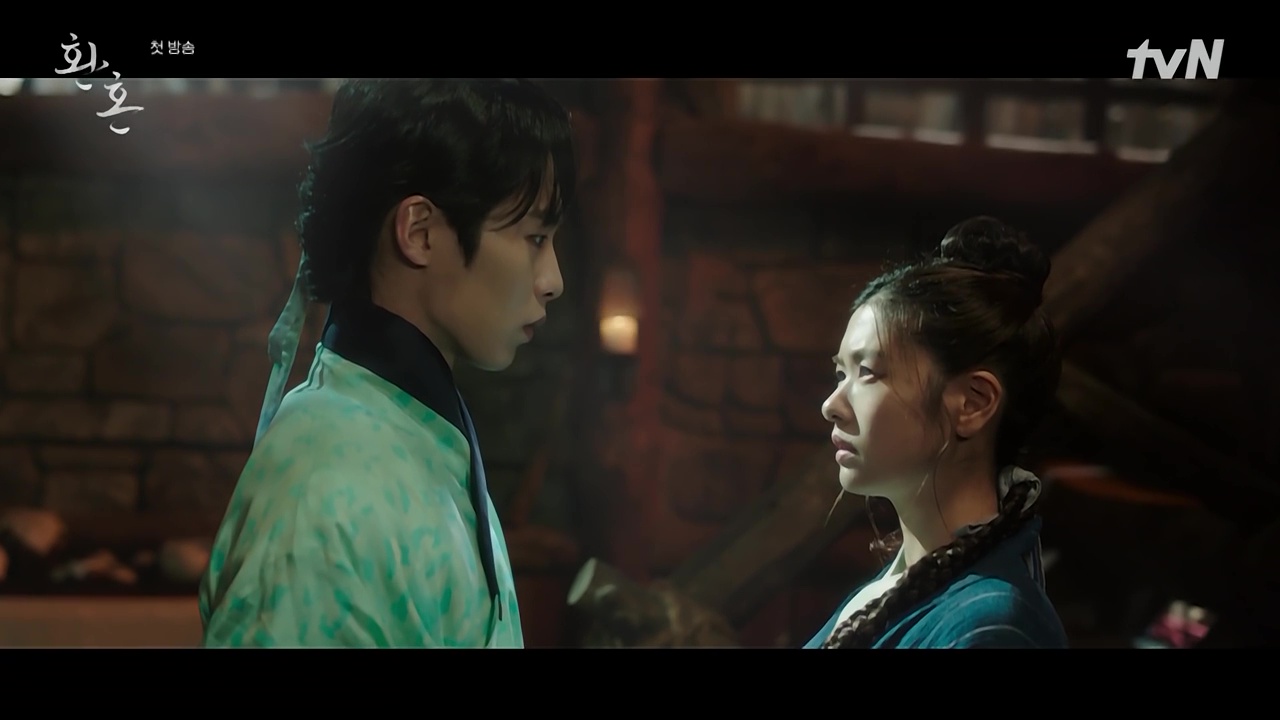 while the nonsense Alchemy Jiwa sometimes misdirected, this event has great potential. I was happy with the premise, and my excitement only increased after that nice ending.

Most of all, I love Mu-deok, and I can’t wait to see her fight with a yen desperate to kill people in Episode 2. 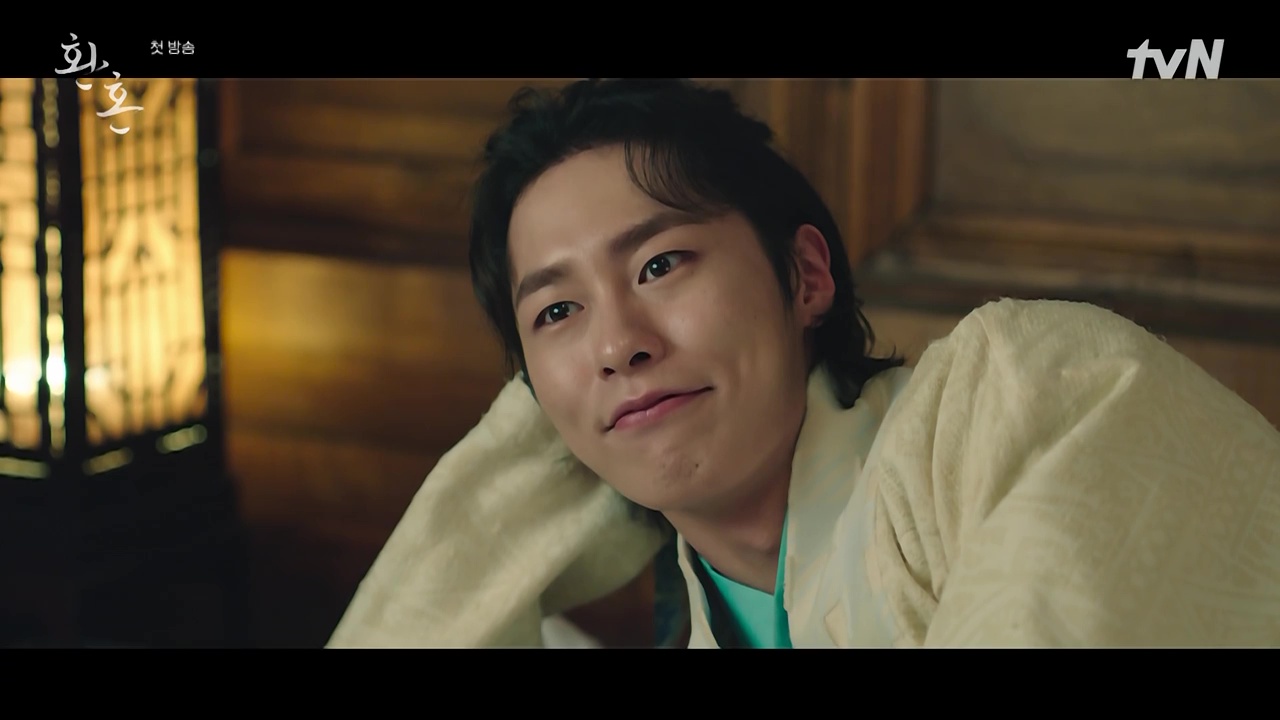