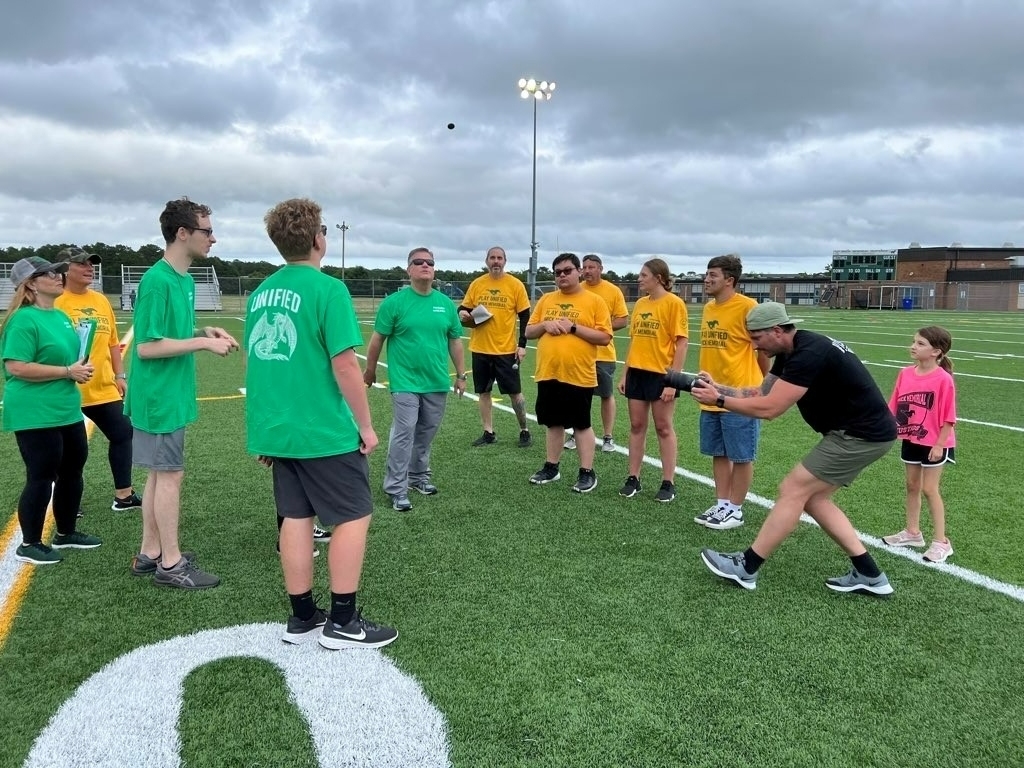 BRICK, NJ — They planned for months. They first met. They practiced. They got to know each other.

And on June 16, the Brick Township Schools Unified Sports program held a kickball game that brought together athletes from across the district and across the spectrum of abilities.

The program, which Brick Schools added this year with the help of Special Olympics New Jersey, matches student-athletes with and without intellectual and/or physical disabilities on the same team.

“Our programs were inspired by a simple principle: Training together and playing together is a fast path to friendship and understanding,” the district said in a news release.

Unified Sports squads were created at Brick Memorial and Brick Township High School, and months of practice culminated in kickball.

Superintendent Thomas Farrell called the game, which was attended by hundreds at the Veterans Memorial Sports Complex, a huge success.

“The turnout, the excitement and the intense competition with sportsmanship from everyone made for an incredible night,” he said. “Every moment was pure magic!”

The inaugural Unified Sports teams shared their appreciation for the support of the Brick Township Board of Education, Farrell, Susan McNamara, director of planning, research and evaluation for the district, and the entire central administrative team “for their efforts in supporting our initiative district to give the opportunity to our athletes and partners.

Read More :   Who is the real boss of Binomo?

See the highlights of the night captured in a video produced by Visiontech, a yearbook and highlights company run by Joey DeAngelo, a Brick Township graduate: