I chose the 3P premium package, because in my area I only sell this package. hahaha

In previous years, the average price of the indihome package was exorbitant. In addition, the indihome 3P Premium package that is 20 Mpbs costs around 500 thousand / month.

However, the price of the indihome wifi package is now experiencing a drastic drop. With that in mind, indihome is starting to run regular promotions.

Maybe because there are already many competitors, huh? hahaha

In 2021, Indihome issued a large number of bundle promotions, including:

Indihome itself offers 3 packages that consumers can choose according to their wishes. And each indihome package has different facilities and prices.

Then when it comes to choosing the indihome wifi package, it’s really confusing, especially for new indihome customers. But you don’t need to get confused, because below I have written some differences in indihome package.

For more details, here I summarize some indihome packages starting from 3P, 2P and 1P packages.

It should be noted, that for the price of the latest IndiHome 2021 Packages, especially triple play (3P), it is the highest package type of the other two packages. The high point here is a package that has more benefits.

Then in this package there are also several types, including:

Meanwhile, Internet speed is also available from 20Mbps to 300Mbps. 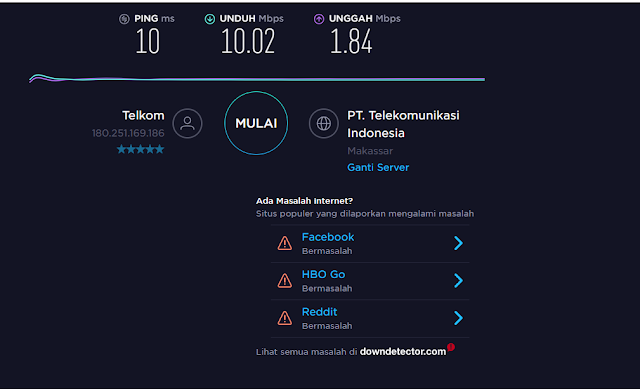 Basically, you can’t get services like the 3P package above. Therefore, when you subscribe to Indihome choosing the 2P package, you will be asked to choose between these 2 options.

Then in the indihome dual play package too, it only provides speeds from 20Mbps to 100Mbps.

This Internet Single Play package is unique in my opinion, because the policy of installing indihome wifi for new customers and downgrading indihome package to indiHome Internet Only package is not the same in all regions. The reasons are many indihome branch in the region they do not want to sell this package.

But if they sell 1P indihome internet packages in your area, then it is sure that you can request the migration of the Only Internet or 1P package or install a new indihome.

This is based on an explanation from one of the indihome employees in my area, that for regional (regional) offices, they can sell all existing packages or listed on the indihome website. As for the (regional) branches, it depends on the policy of each branch.

And if you want to subscribe to 1P (Internet), visit the nearest Plasa Telkom.

What do you get if you subscribe to the 1P package? Yes, of course, only Internet. In terms of price, I don’t think it’s much different from the 2P package.

Read More :   what a human feeling i am tiktok quiz

IndiHome Internet Packages that are right for you

Now the question is, what is the best Indihome Internet Package among Triple play vs Dual Play vs Single Play Internet packages?

The answer is that it all depends on your needs. ️

Because if your only need is internet with normal usage, then it is a waste if you choose triple play or dual play internet package.

But remember, we return to the previous explanation, that not all indihome branches sell internet-only packages.

Please note that between these 3 internet packages, dsana also has several sections. But here I only write by way of outline.

The following is a list of the latest prices for Indihome packages in 2021:

If you choose this package, you will get fast Internet service, landlines and interactive TV channels in 1 3P Package (Internet+TV+Phone)

Then in this package there are also several packages that you can choose from when you subscribe later, including:

For the price, every speed from 20 to 300 Mbps is the same. What distinguishes these 4 types of packages is the service bonus.

What do you get if you take this package? yes of course fast internet and landline in 1 2P Package (Internet+TV)

Let’s see the price of each of these packages.

If you choose this package, you will get a fast Internet package and good streaming in Package 1 2P (Internet+TV).

The options you can choose from include:

Similar to the inet+TV package, you will also get only 2 services such as fast internet and phone.

Oh yes, 2P packages (Internet+Phone) usually have promotions all the time. For example, just like in 2021, Indihome issued many promotions on this 2P package.

Options you can choose from in this package include:

If you want to know about indihome package promotion, you should monitor this blog frequently. ha ha

This year, Indihome usually issues promotional packages. And so you can know which one you like.

Below I have written several indihome package promotions, which you could still apply:

For detailed information of the above promotion, simply click on each option.

Subscribing to the Internet is a must and a necessity if part of your work depends on the Internet. However, choosing an internet package is also something you should pay attention to, because if we choose the wrong package, it will lead to a huge bill.

But it’s all up to you on which package is right for you.

Oh yeah, you check this blog often too, don’t let me update the latest articles you might be looking for.

and maybe it is enough here just a short article about indihome latest package price in 2021 hope it can be helpful for you.