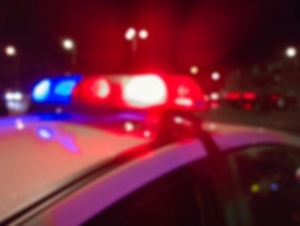 FARMINGDALE, NY — Two men were arrested Sunday morning in Farmingdale, including one accused of punching a police officer in the face, Nassau police said.

A large group of men were fighting outside 247 Main Street around 3:20 a.m., police said. As officers tried to break up the fight, Jorge Ramirez Canales, 23, of Amityville, punched an officer in the face, police said. Canales continued to resist waving his arms and legs as officers took him into police custody, police said. The injured officer was taken to a local hospital for treatment, police said.

Jamal Beverly, 23, of Massapequa, was seen fighting in the street and was later found unconscious in front of 274 Main Street, police said. He was taken to a local hospital for treatment and, while at the hospital, a substance that police believed to be cocaine was found on him and he was arrested, police said.

Beverly was charged with fourth degree criminal possession of a controlled substance and disorderly conduct.

Both men will be arraigned Monday at the First District Court, 99 Main St., Hempstead.